Dollar Gains while Uncertainty looms on the Euro

Dollar Gains while Uncertainty looms on the Euro | Alvexo 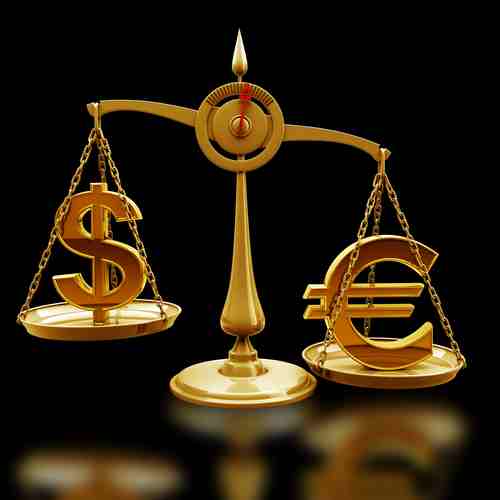 A strong job growth in the USA for the month of February could be supported by the number of Americans filing for unemployment benefits which fell to a near 45-year low last week.

According to the Labor Department on Thursday, initial claims for state unemployment benefits dropped 7,000 to a seasonally adjusted 222,000 for the week ended February 17. Claims fell to 216,000 in mid-January, which was the lowest level since January 1973.

The economists’ consensus was 230,000 for the last week. This was the 155th straight week that unemployment claims remained below the 300,000 threshold, which is considered an indicator for a strong labor market. That is the longest such stretch since 1970, even though the labor market was much smaller.

The unemployment rate is sitting at a 17-year low of 4.1% signaling the labor market is near full employment. Tightening labor market conditions are starting to push up wages, which could help to lift inflation towards the Federal Reserve 2% target.

The four-week moving average of initial claims, considered a better measure of labor market trends as it irons out week-to-week volatility, fell 2,250 to 226,000 last week.

The four-week average of claims dropped 17,500 between the January and February survey weeks, suggesting solid job growth this month; an indicator for February’s Non-Farm Payroll report. In January, payrolls increased 200,000.

The DAX futures, the German blue chip stock market index closed lower on Thursday, even though it covering early losses into close as U.S. stocks rebounded after upbeat data of the labor market. Investor sentiment took a hit following the release of the weaker than expected German business confidence report.

Stocks had opened in deep negative territory, tracking late-session losses in the U.S. on Wednesday that came after minutes from the Federal Reserve’s meeting last month suggested more interest-rate hikes are on the way.

The German equities were mixed after the close on Thursday, as gains in the Utilities, Consumer & Cyclical and Media sectors led shares higher while losses in the Telecoms, Food & Beverages and Construction sectors led shares lower.

The DAX of Germany dropped 0.07%. In Frankfurt, Henkel rose 2.69% after the chemical and consumer goods company confirmed its 2020 outlook posting 9.1% growth in adjusted net profit for fiscal year 2017. Deutsche Telekom lost 2.37% after its Q4 revenue fell slightly from last year.

The DAX volatility index, which measures the implied volatility of DAX options, was down 1.34% to 19.27.

Policymakers at the European Central Bank judged that it was too early to change the policy communication despite the increased confidence that inflation would move near its target, minutes of the latest policy session showed Thursday.

The European central bank is now buying €30 billion of bonds a month under the €2.5 trillion quantitative easing policy. At the same time ECB minutes highlight the policymakers’ fears over currency wars.

European officials’ concerns over the weakness of the dollar was mentioned on Thursday in a set of European Central Bank accounts that highlighted fears that the US administration was intentionally trying to engage in currency wars.

The European Central Banks’s president Mario Draghi, last month said that the US Treasury secretary Steven Mnuchin’s remark for the benefits of a weak dollar and that it was good for the American economy, saying Washington needed to maintain the rules of the international monetary system, which forbid nations from intentionally devaluing their currencies.

The comments were seen as a signal that the US could ditch its strong dollar policy damaging euro exports. US President Trump has since repeated the strong dollar policy. According to the minutes regarding the volatility in the euro, the account said, “a source of uncertainty which required monitoring”.